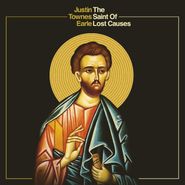 Hats off to Justin Townes Earle. His latest album, The Saint Of Lost Causes, is a full-blown country masterpiece. It’s eclectic and timely, as Earle navigates the road from haunting folk-tinged numbers to honky-tonk hootenannies to bluesy slow burners. He taps into loneliness and regret, delving into social commentary and narrating the personal stories of his songwriting creations. There’s no life moment so dark Earle won’t look it in its eye — that courage and insight is to our benefit. Send out a prayer of thanks or two today for the heartfelt, sublime The Saint of Lost Causes.