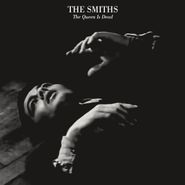 The 2-CD set includes the newly remastered original album and a second disc of additional recordings, including demo versions and alt takes, plus b-sides "Unloveable," "Money Changes Everything," "Rubber Ring," and "Asleep."