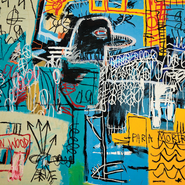 With an oddly prescient title, The Strokes unveil their sixth full length album, The New Abnormal. Arriving four years after their last release, 2016’s brief and weary Future Present Past EP, and seven years since their last proper f, it marks the longest gap between Strokes albums to date, even taking into account their late ‘00s hiatus. So what does the wait result in? Ever since First Impressions of Earth, The Strokes have attempted to escape the effortlessly cool box they painted themselves in on their aesthetically-immaculate, zeitgeist-grabbing first two albums. In the process, they’ve revealed the beating pop heart of the band to be less the Velvet Underground, Modern Lovers, and Television signifiers that made rock critics swoon nearly two decades ago, and more indebted to unabashedly poppy '80s new wave. That influence is well reflected on The New Abnormal, whether it be the bright keyboard lines and Human League vocal inflections on “Brooklyn Bridge To Chorus” or the Modern English-via-Billy Idolisms of “Bad Decisions,” which, despite its obvious sonic inspirations, also happens to easily be one of the most “classic” sounding Strokes songs on the record.

Yet The New Abnormal is not so much interested in revisiting past glories as it is creating new ones. Though it’s not quite as adventurous as Julian Casablancas’ Voidz albums, Abnormal finds The Strokes pushing into new musical territory and outside their comfort zone. As masters of pop brevity (being fans of GBV will do that), this is the first Strokes album to feature any song reaching the five minute mark, and there are a number of them here. Notable among them is “At The Door,” which is an almost postmodern version of a traditional Strokes-y ballad. Buoyed by a looping keyboard riff and orchestral synth strings, all the while completely bereft of drums, it slowly builds into a seemingly power-ballad climax before subverting expectation by fading into an extended coda that features, among other treatments, some wordless auto-tuned harmonics. Definitely not a formula many would come to expect from the band. With a crystalline (but never overdone) production from modern rock guru Rick Rubin, all of these new wrinkles to The Strokes sound are cast in sharp relief, unindebted to either the stripped down production and telephone booth vocals of Is This It or the stylized ‘80s worship of their post-reunion albums. Much like Vampire Weekend’s 2019 renaissance Father of the Bride, The New Abnormal is not so much a complete reinvention as it is rejuvenation; a new breath of possibility for The Strokes as they enter their third decade.