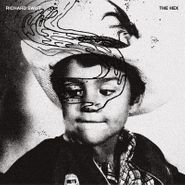 Producer and under-the radar singer-songwriter Richard Swift’s Hex stands as a particularly heartbreaking farewell, filled with promise, beauty and intricate melodies. Released several months after his death at age forty-one, the album is introspective, sometimes solemn, and a little dark. An intensity lies beneath the lo-fi, folk-tinged tracks, infusing them with power. Essential listening for fans of smart, melancholy songwriting. Don’t sleep on this one.