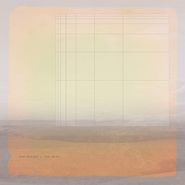 It's likely you've heard Rob Burger but didn't realize it. A prolific musician and composer, he has contributed to albums by artists as diverse as Marianne Faithful, John Zorn, Beth Orton, Laurie Anderson (who guests on the track "Souls of Winter") and most notably Iron & Wine, whom he also joined as part of their touring band for a decade. Ready to step out of the background, Burger has created The Grid, his first solo release in over a decade that takes the listener on a mesmerizing electronic trip, traversing both elation and melancholia. Incorporating sonic elements from his entire career, The Grid satisfies as both an overview of Burger's talents and a first visit to the next part of his ever expanding galaxy.