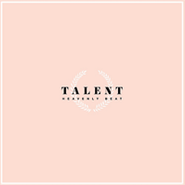 Heavenly Beat is John Pena. This guy is from Texas. I can barely believe it. Another great discovery by Captured Tracks. This album doesn't really sound like anything that I can compare it to. But it is also at the same time instantly recognizable. The music is dreamy just like I like my music. Imagine The Smiths if they were a dancey dream pop band.