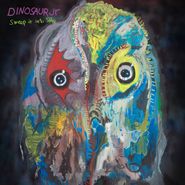 Dinosaur Jr. return with their first new studio album since 2016, Sweep It Into Space, co-produced by Kurt Vile. Vile also contributed guitar on “I Ran Away,” which is appropriately folky in a ramshackle fashion, until it hits the bridge and dips back into the band’s trademark fuzzy guitar sound. The band also explores new territory on the dub-inflected “Take It Back,” but there are solid classic Dinosaur Jr. tracks here like “I Ain’t” and “Hide Another Round,” often just a bit more melodic than usual. Then “Garden” is an interestingly half-swooning, half-toe-tapping number with a strong melody.