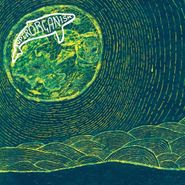 A collective of eight musicians hailing from separate corners of the globe, who initially formed by collaborating on songs via email before all relocating to London, Superorganism just might be the most 21st century band to exist yet. And that doesn’t even cover their sound: a bright, garish take on '00s-inspired electro pop run through glitchy, mind-bending production treatments. Combine that with an undeniably twee sense of songwriting, surreal lyrics that make reference to internet video resolutions among other things, and a singing style that recalls Kimya Dawson of the Moldy Peaches. You might have to explain this one to the old folks.