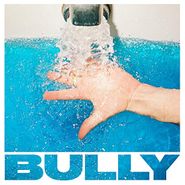 Bully’s third album sees frontwoman Alicia Bognanno reinventing her process with a newfound clarity of purpose, and, as a result, the sound immediately takes flight like My Bloody Valentine after three double espressos. A highly-accomplished engineer who ran the boards herself on the first two Bully albums, Bognanno frees herself of those duties to focus on the writing, and partners with the Grammy-winning John Congleton (St. Vincent, Sleater-Kinney, The War on Drugs, Modest Mouse, and more) at the famed Pachyderm Studios in Cannon Falls, Minnesota. An additional five months of writing and recording following that session completed Sugaregg, Bognanno’s most accomplished album to date.