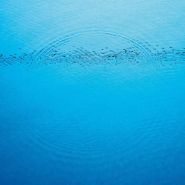 Suddenly...Caribou has a new album! After a six year break from Dan Snaith's Caribou project, the electronic wunderkind returns with a joyously lived-in album named Suddenly, apparently inspired by his young daughter's obsession with the word. Snaith subverts popular dance music tropes on the album with pitched-up vocals taken straight from Ibiza reshaped and woven into hypnotically off-kilter bangers. There's also a luscious Gloria Barnes sample that gives the album the feeling of a long-lost weirdo disco album. Through it all, Caribou imbues the tracks with a warmth and optimism that makes Snaith's contributions to electronic music all the more important. These are bangers, with heart.