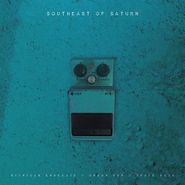 Southeast of Saturn is an absorbing collection of space-rock and shoegaze from Detroit in the 1990s. Eschewing the mainstream local scene, these cult favorite acts such as Windy & Carl and Majesty Crush absorbed the sounds of UK acts like Spacemen 3 and My Bloody Valentine, and developed their own swirling, fuzz-blissed style. Fuxa's "Photon" sounds like the quietest rocket in the world taking off amid gentle guitar strums; Thirsty Forest Animal's "Nape" is jangly and shimmering; Windy & Carl's "Instrumental II" pulses softly as it builds toward something just out of reach. This is a must-have for anyone craving dreamy sonic atmospheres.