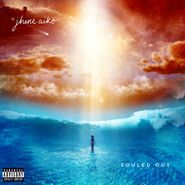 Following last year's Sail Out EP, Jhene Aiko finally releases her full-length debut, Souled Out. Best known for her work with Drake and Kendrick Lamar, Aiko has been involved in the music industry for nearly a decade, getting signed to Epic as a teen and doing work with B2K in the early 2000s. While she has been praised for her skills as a collaborator, Souled Out puts the spotlight on Aiko and her soulful vocals. Containing 12 tracks and featuring appearances by Common, Cocaine 80’s, and Namiko & Miyagi, there are some strong moments here and is a decent first effort.