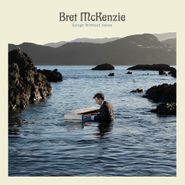 Songs Without Jokes is the new, pointedly non-comedic album from Flight of the Conchords, The Simpsons, and The Lord of the Rings actor Bret McKenzie. Out on Sub Pop, these songs skew towards indie but they’ve still got a bit of a bigger-than-life show biz razzle dazzle, as McKenzie seems to draw inspiration from the always brilliant, occasionally theatrical Harry Nilsson, Randy Newman, and Steely Dan. The album feels, at turns, earnest and wry, playful and serious—always intelligent, and always enjoyable. McKenzie clearly knows his stuff; his strong songwriting sensibilities are a gift to the indie world, jokes or not.