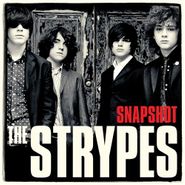 The debut record from teenage Irish rock'n'rhythm'n'blues throwback band finally sees stateside release after a year of UK buzz. The Snapshot of the title refers to the band's hope of capturing the rave-up fury of their live shows. Never seen without retro dapper suits on, the band recalls acts like the Mooney Suzuki more than any true old school rhythm and blues, though they have been known to throw in covers by Bo Diddley, Willie Dixon, and even the pub-rockingest moments of Nick Lowe, whose "Heart of The City" features prominently on this album. It's moments like these that offer a real glimpse of what the band is up to. Like many UK pub rockers, they scream for American blues, but what they do is distinctly British, and distinctly theirs.