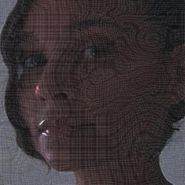 Danish R&B singer-songwriter Erika de Casier’s Sensational is aptly named. Released via the eminent indie label 4AD, de Casier’s album has a lush, left-of-center appeal that ranks her with the best of the alterna-R&B scene. At the same time, the songwriting draws on now classic ‘80s and ‘90s R&B acts like Sade, Aaliyah, Erykah Badu and Destiny’s Child, alongside garage artists like Craig David. Each track is a total bop, making for one of the most exciting new releases of the year. Sensational should appeal both to fans of straight-up pop and the edgier side of the urban underground.