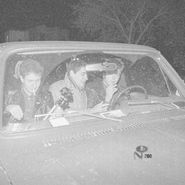 Hüsker Dü, for all their critical praise, might still remain one of the most overlooked and underrated bands in popular consensus, given their enormously important contributions to the sound later known as alternative rock. The merging of punk rock volume and ethos to unabashedly poppy hooks is the blueprint that propelled groups from Nirvana to Green Day to superstardom, but it was first done by a scrappy little band from Minneapolis. Like countless other American indie bands of the ‘80s, Hüsker Dü started off as a hardcore group. Yet for all their primitive punk rock fury, there was something different about the Dü that easily set them apart from their fellow aggro contemporaries. Bob Mould and Grant Hart’s love of pop songcraft and embrace of then-hated classic rock were apparent from the very beginning, even when the band tried to play these songs into oblivion. Savage Young Dü is an exhaustive look at the band’s formative years, spanning from their inception in 1979 to their 1983 studio debut, Everything Falls Apart, compiled lovingly by the always excellent Numero Group. Out of these 69 tracks, 47 of them are previously unreleased, including demos, rehearsals, and a completely different version of Land Speed Record. From early demo “Sore Eyes” to live cut “Industrial Grocery Store,” these unheard recordings are an absolute revelation to those who know Hüsker Dü only by their SST and Warner Bros recordings, as well as a testament to how incredibly talented this band was from the get-go.

Savage Young Dü is a must-have for fans of classic punk and hardcore. This extensive collection of legendary ‘80s rockers Hüsker Dü’s early recordings has been carefully assembled by the good folks over at Numero — so you know you’re getting a quality reissue. Available as a 3CD or 4LP box set, the release features all kinds of bonus goodies, including a 144-page hardcover book, unpublished photographs, plus a huge amount of raw, urgent, and raucous demos, alt. takes, and live versions. Here you’ll find all the band’s 7”s from the 1979-1982 era, plus remastered and alternate versions of beloved LPs, too. A wonderfully loud and fierce document of a hugely influential band.