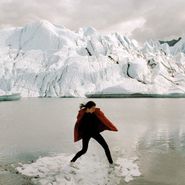 LA-based musician Sasami Ashworth has been a hired gun of sorts for the past decade, with a recent touring stint in high profile local favorites Cherry Glazerr, as well as performing/producing on albums by Wild Nothing and Soko, among others. On her self-titled debut, the multi-instrumentalist solidifies her talents into a singular statement, deftly incorporating elements from various genres without ever sounding beholden to any one sound but her own. Built upon what is, ostensibly, a very dreamy (and '90s) sort of guitar-driven whisper-pop, Sasami channels elements of The Breeders (“Free”) and My Bloody Valentine (“Not The Time”), along with Elephant 6-styled psychedelia and PJ Harvey-esque badassery. It all coalesces into an album full of carefully constructed pop miniatures: appearing impeccably fussed-over yet at heart gauzy and abstracted, the record's true emotional nature demands multiple listens to discern. With plenty of existential angst driving it forward, Sasami functions as the noisy flip side to the geometrically-complex coin that includes Minski, Steady Holiday, and Melody’s Echo Chamber.