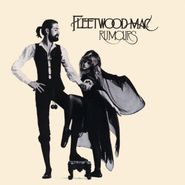 With such massive hits as “Go Your Own Way,” “Don't Stop,” and “Dreams,” 1977's Rumours was Fleetwood Mac's most successful album. With numerous Album of the Year awards in '77 and '78, the record settled into that sweet spot of both widespread commercial appeal and critical acclaim, selling well all the way through 2021.