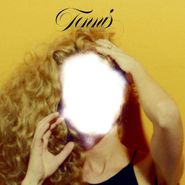 Though Tennis have been a great band for a few years now, moving from the winsome indie pop of their debut to 2012’s more mature Young & Old, there was going to come a point where they shot for the moon with a pop album. That time is now, with Ritual Repeat, but thankfully the band hasn’t shed what made them so special in the process. Taken from three sessions with producers Patrick Carney (of The Black Keys), Jim Eno (Spoon) and Richard Swift (The Shins), Ritual in Repeat expands the band’s sound and gives singer Alaina Moore’s voice in particular room to breathe. “Night Visions’” surging organ, pulsating bassline and hollowed-out space gives Tennis' nautical pop-rock a darker shading. “I knew all the love songs,” Moore repeats like someone nostalgic for their naive youth. “Never Work For Free” works an ’80s angle that remarkably fits in with their surf-pop sensibility, with its hiccuping vocal and new-wave beat. Single “I'm Callin’” skates on freestyle vibes, with an irresistible chorus. But despite these new sounds for the band, they still call back to their lighter days on songs like  “Needle and a Knife,” with its jaunty acoustic guitar and sweet, multivocal chorus, yet still with a heavier rock treatment on the drums and gutsier vocals (guessing this one was a Carney production?). And “Viv Without the N” definitely still has a buoyancy to it, like something you'd hear on a really cool cruise ship. You might expect a slightly disjointed nature to these different sounds and producers sitting together on the same album, but Tennis really make it work, balancing the pop goods with little acoustic ditties like the sad, sweet “Wounded Heart.” Ritual in Repeat just makes you fall in love with Tennis even more.