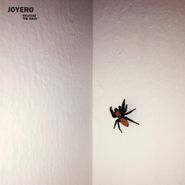 Andy Stack, drummer for Baltimore indie duo Wye Oak and collaborator/producer of acts EL VY and Lambchop, releases his first ever solo record under the moniker Joyero. Possibly taking cues from the disorienting Americana of Lambchop’s last record, Stack imbues Release The Dogs with a fascinating paradox, pairing glitchy electronic textures and manipulations with sounds and aesthetics that evoke big ‘ol natural American spaces: rivers, valleys, amber waves of grain and all that. This is deeply hypnotic chaos, with Stack, the drummer that he is, keen on layering many syncopated rhythms on top of one another before peeling them all back at a moment’s notice. Brian Eno may have nothing to do with this record, but his sonic lineage lives on in Joyero’s warped ambient pop tunes.