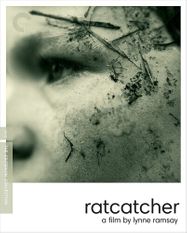 This striking drama from Lynne Ramsey is set in a tough section of Glasgow during a 1973 garbage strike. The focus is on a 12-year-old boy who accidentally drowns his best friend, but decides to keep quiet because he can't relate to family members. He eventually makes friends with another boy-who has an affection for animals-and a girl who has been sexually exploited by a gang. William Eadie, Tommy Flanagan and Mandy Matthews star. 94 min. Widescreen (Enhanced); Soundtrack: English DTS HD stereo Master Audio; Subtitles: English; interviews; photo gallery; bonus shorts "Small Deaths" (1995), "Kill the Day" (1996), "Gasman" (1997).