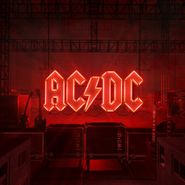 Despite hearing loss (Brian Johnson), retirement plans (Cliff Williams), and legal issues (Phil Rudd), AC/DC has beaten the odds and returned with a new album, Power Up, featuring songs the band had previously worked on before the death of Malcolm Young. Their seventeenth studio album, Power Up is surprisingly strong - the band's no-frills, straight-ahead rock is as satisfying and infectious as ever. "Shot In The Dark" is a sing-along crowd pleaser, with Johnson's raspy vocals in good form. Among the other highlights, "Demon Fire" delivers a bluesy kick while "Through the Mists of Time" is an enjoyable throwback power ballad.