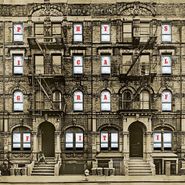 Led Zeppelin’s sixth album is a double-length, 15-song sprawl that represents the legendary band at the absolute height of its powers. The added space allowed Led Zep to absolutely thrive and show off every facet, from nasty blues rockers like “The Rover” and “Houses of the Holy” to the gently crafted prog ballads “Down By the Seaside” and “Ten Years Gone.” Epic is pretty much Led Zeppelin’s M.O., and Physical Graffiti possesses some of their best marathon rockers, particularly the one-two punch of “Kashmir’s” middle-eastern tonalities and uphill chug with “In the Light’s” heavenly psychedelia following. Given Jimmy Page’s hard-hitting remaster, it’s the ultimate version of an absolute classic.