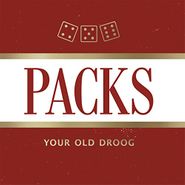 In 2017, Your Old Droog first released the killer underground collaborative project EP What Happened To Fire? with fellow NYC emcee talent Wiki. Then the Nas-inflected rapper followed up that EP release with his own five-star solo album Packs that featured such well chosen guests as Wiki, Edan (on mic as well as one of the album’s many producers) and Heems of Das Racist fame, who perfectly compliments Your Old Droog on the track “Bangladesh.” -