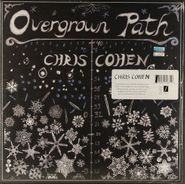 A beautiful, warm, strange folk record that was largely overlooked from the former Deerhoof and Cryptacize member. Despite his pedigree, which pops up in miraculous guitarwork here and there, Overgrown Path is most similar in spirit to Yo La Tengo, full of just-ornate-enough instrumentation and melodies so fragile they threaten to break.

Chris Cohen is one of the great underappreciated guitar players of our generation — listen back to Deerhoof records from when he was in the band for proof of his and John Dieterich’s insane riffery and interplay. Since leaving that band, he’s spent time with projects such as Cryptacize, but now on his first solo album and John Cale Paris 1919 moment, we get to see what a strong singer, songwriter and arranger he is, as well. “Monad” opens the album with the sort of skewed guitarwork that will make early Deerhoof fans squeal, but that quickly fades into a brisk, smart soft-pop track punctuated by splashy drums, not unlike one of Yo La Tengo’s more ornate songs. Cohen packs his intricate guitarwork into skilled compositions, such as the Latin-psych vibing “Caller No.99,” in a way that was never as apparent in his flashier Deerhoof contributions. Though his voice is unremarkable, its nice-guy pleasantness carries listeners swiftly through mellow but tricky compositions, avoiding the sort of fussiness that could have resulted with punchier performances. By the time you arrive at the sweet “bum bum bum bums” of the irresistible “Optimist High,” you’re floating on a cloud of contentment and ready to follow Cohen just about anywhere. Overgrown Path is really the perfect fall album, cozy and warm and subtly, almost magically, life-affirming.