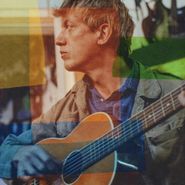 Steve Gunn’s Other You is timeless and haunting. The mood is upbeat and transcendent; the songwriting seeming to draw from those small glimpses of loveliness in our daily lives: the dapple of sunshine, the smile of a friend, a song you’ve never heard before that immediately feels like home. Perhaps it’s a reflection of the Brooklyn-based artist’s time spent on the West Coast, where he recorded Other You with producer Rob Schnapf (Beck, Kurt Vile, Elliot Smith), his longtime pal Justin Tripp, and indie world luminaries like Juliana Barwick, Mary Lattimore, Jeff Parker, Bill MacKay and Bridget St. John. Fans of introspective, shimmering songs steeped in beauty and nostalgia will treasure this album.