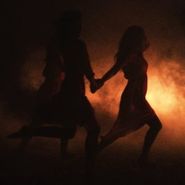 Few artists can create an otherworldly ethereal mood as producer L'Orange can as witnessed by his 2014 release The Orchid Days. His abstract productions shine on their own and with the aid of his carefully selected guest vocalists, including Blu, Homeboy Sandman, and Billy Woods. Whether instrumental or with guest vocals, this Nashville-based producer works his magic with his trademark hypnotically dreamy production style - all the while subtly moving the album's storyline along. It is a story of love: finding love, falling in love, and then losing it and missing it. The story is told via random soundbites expertly assembled to the backdrop of an old world mood crafted by building layer upon layer of dreamy jazzy grooves. He digs deep into old jazz records with flutters of dramatically engaging soundbites/samples from old black and white movies, along with often static sounding, classic old radio broadcasts.