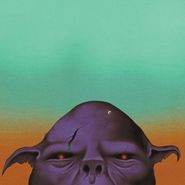 Formerly known as OCS, Orinoka Crash Suite, Orange County Sound, The Oh Sees, and most notably, Thee Oh Sees, John Dwyer’s gnarled psych outfit has spent the past 20 years making mincemeat of monikers and a racket in the garage. Since beefing up their rock from ‘60s to Sabbath with 2015’s Mutilator Defeated At Last, and subsequently solidifying a dual-drummer lineup, Oh Sees have streamlined their sound into a lightning-quick attack of semi-tonal guitar riffs, pummeling drums, and Martian vocals. On their first album as their newest alias Oh Sees, the band incorporates a bit more variety into the cauldron, including elements of Dwyer’s broken synth solo experiment Damaged Bug. Though you wouldn’t know it from opening track “The Static God,” which is replete with trademark frenzied krautrock tempo over which squealing, high pitched guitars drenched in delay compliment Dwyer’s cackling into the abyss. Yet over the record’s 50 minutes, there is plenty room for eclecticism. There is the Oh Sees rendition of '80s metal on “Animated Violence,” complete with glorious (or gratuitous) hammer-on/pull-off guitar theatrics, haunted house organ, and comically growl-y vocals. Or the space-age synth rock of “Nite Expo,” which is only missing its own laser light show. On “Jettisoned” the band mixes a laid-back psych groove straight out of a hippie exploitation film with '70s stoner rock riffing. All of these disparate sounds are convincingly meshed into the propulsive Oh Sees framework; that is to say, you won’t mistake this as an album from any other group. But don’t get too comfortable, by the time you read this, chances are there’s a dozen new Oh Sees records already out.