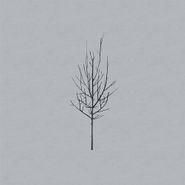 Slowcore greats Low add some electronic touches to their spare sound and come out with their best album in years. Mimi Parker’s tender vocals float through space and malfunctioning electronics on haunting opener “Gentle.” Alan Sparhawk leads the band through the Western-tinged “No Comprende,” which ambles along unhurriedly but with a gritty beat and tense, muted guitars. Despite slight changes in the band’s sound, exemplified on the “What Part of Me,” in which Sparhawk and Parker’s vocals waltz over a light synth-pop pulse, Low are still at their best when crafting intensely intimate music that seems to fill huge, empty spaces with overwhelming emotion, such as on the simply stunning “Spanish Translation.” Whether you’re new to Low or just needed a reminder of their greatness, Ones & Sixes does the trick.