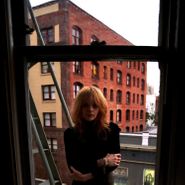 Jessica Pratt’s voice is something special, a breathy, elfin coo that calls to mind Marc Bolan’s spirited yelp as well as Vashti Bunyan’s inward-facing whispers, channeled through Pratt’s own wry, observational tone. “I see you standing wasted alone in my mind,” she sings directly on opener “Wrong Hand,” but such a line doesn’t feel bitter coming from Pratt’s mouth, as if it’s a gentle warning rather than a harsh truth. “People’s faces blend together like a watercolor you can’t remember in time,” she sings with precision at the outset of “Game That I Play.” Her guitar playing feels nimble yet immediate, leaving in missed notes in the one-take-sounding, stark and lo-fi “Strange Melody,” while her intriguing fingerings and tunings seem to draw inspiration from Joni Mitchell and Nick Drake, though the way she contorts her voice from a floating, teetering high register to a disconcerting low feels entirely unique. The songs themselves are allowed to meander, though never indulgently; rather, On Your Own Love Again feels exceptionally well edited, its serpentine arrangements remaining relatively coiled. “Game That I Play” manages to sneak in a stunning second movement while keeping the song trim at just over four minutes. And she doesn’t overstay her welcome. At just more than half an hour, Pratt ends her second album leaving you wanting more, turning over her curious phrases and mystical voice to uncover their secrets, especially on one of the album’s final and best songs, “Back, Baby”—its pensive breakup lyrics like “your love is just a myth I devised” sting softly amid loping, seaside acoustic guitar. On Your Own Love Again is gorgeous through and through, and it’s easily one of the best albums of this early new year.