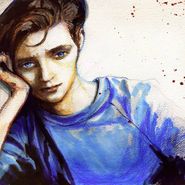 In August 2018, Say Anything's Max Bemis wrote that the act was taking a hiatus, and that Oliver Appropriate would be it's last album for the time being to focus on life and other projects. Billed as a sequel to 2004's ...Is A Real Boy, Oliver Appropriate is a concept album revolving around the fictional title character finding unrequited love with another male character, death, and redemption. At just over thirty minutes, Appropriate is shorter than most Say Anything releases, but longtime fans will find enough familiar bursts of Bemis' pop-punk angst to tide them over until the next chapter of his musical career is offered.