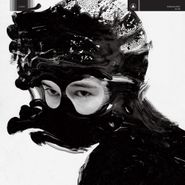 Okovi, the sixth full-length from the classically-trained goth diva Zola Jesus, is a fully-realized gem of an album. Operatic, moving, and cathartic, the collection of songs nods back to her earlier, grittier post-punk work while further evolving the grand, sweeping sound she has developed over the past decade. The effect is transcendent, a compelling juxtaposition between the depths of tragedy and the relentless desire for life. On previous albums, Zola had flirted with the structures and buoyant chords of pop; here she mostly eschews those tactics in favor of a darker, more symphonic sound. A cohesive, haunting album from one of the most distinctive, powerful voices in underground music.