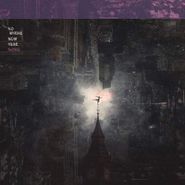 As time goes on, “Post Rock” seems less like a cheeky genre name for grandiose instrumental rock outfits and more like a spot on description of the milieu of pop music in the 21st century. Yet while extended song lengths, a lack of vocals, and loud guitars fed through as many effects as possible might not seem as futuristic an approach as it once was, there are still plenty of lifers in a scene that has always existed just outside the public eye.

Mono are the embodiment of that die-hard ethos, and since their 2001 debut have only doubled down on the dramatic trappings often inherent to the genre, including a predilection for big, cathartic crescendos and melancholic orchestration. However, just as long-tenured post rock peers such as Mogwai have done in the past couple years, Mono are unafraid of evolving their signature sound. Nowhere Now Here adds synths and electronic textures to the band’s majestic cacophony, which slot in nicely alongside the group’s telltale orchestral arrangements. There’s even a vocal track, a genuine shock from the post rock purists, featuring Tamaki Kunishi doing her best Nico impersonation over a morose, ambient synthscape that resembles something from side 2 of Bowie’s Low. It all adds up to an album that while at times is as pummeling as Mono has ever been, is also bit more ethereal and coldly atmospheric than any of the group’s past releases. Though their color palette remains as monochromatic as ever (just look at their album covers/band photos!), there is plenty of new light in Mono’s sound.