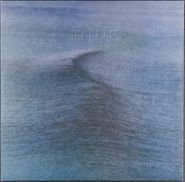 Nowhere was released by Creation Records in 1990. Creation had been around since 1983, Putting out albums and singles by The Jesus & Mary Chain, Felt & Primal Scream. This was really the first Creation release that I got obsessed with. The album still remains one of my favorites. It just got officially reissued on vinyl a couple of years ago and it has never sounded better. Just looking at this album cover art brings me back to the first time I heard this album. I was immediately hooked on Ride. This album is a favorite album of many of my friends over the years. It is sort of the perfect shoegaze album. One of those albums that had a huge impact on so many people.  Ride would go on to release Going Blank Again in 1992 and another album in 1994 and 1996. But Ride really only had two albums as far as I was concerned. The first two are classic albums and would both end up in my 100 favorite albums of all time. This album changed the way I listened to albums. There are of course tracks that stand out on the album like "Vapour Trail." But it is one of those albums best listened to in its entirety. I could never get enough of Nowhere.