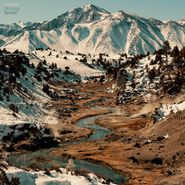 Okkervil River's emotive frontman Will Sheff has released his first album under his own name, although he has long been the mastermind behind the project. With contributions from Christian Lee Hutson, Cassandra Jenkins, Eric D. Johnson and more, he lets folk take the center stage on Nothing Special, but keeps it eclectic and interesting. The excellent title track is delicate and lilting, a tribute to his late, former drummer Travis Nelsen. "Estrangement Zone" skews more moody indie pop with angular guitar under the gentle, sing-song vocals. It's a thoughtful, well-written album from this ever-evolving artist.