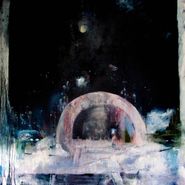 Daughter resists the urge to go overly pop on their sophomore album and instead dig even deeper into their mascara-streaked sound. Songs like “Doing the Right Thing” pair spare atmospherics with bleak lyrics are somewhat open to interpretation but whose video leads us to believe it’s about dementia and Alzheimer’s (“I’ll sit in silence/Let the picture soak,” is the song’s gut punch of a refrain). But the song’s grandiose dynamics keep it from wallowing. Similarly a tune like “Numbers” sounds at first frigid but comes alive, building tension like The xx but then consummating it with a rousing final portion and rumbling drums. Though you’ll have to keep a box of Kleenex handy to listen to Not to Disappear all the way through, it’s an occasionally painful listen that ultimately feels cathartic. We all need that kind of music from time to time, and Daughter provides it beautifully on Not to Disappear.