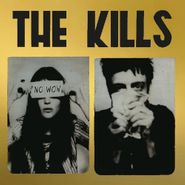 As The Kills took their distinctive brand of blues-infused post-punk to new heights in the early 2000s, No Wow felt like a breath of fresh air. (Maybe “smoke-filled 3am after-hours rock club air” is more accurate.) In honor of the album’s fifteen year anniversary, the band recruited Grammy-winning producer Tchad Blake (The Black Keys, Tom Waits, Arctic Monkeys) to turn things up a notch; the Tchad Blake Mix 2022 does just that, with the intensity, swagger, and menace of the original feeling even more pointed, more powerful. This new release contains two versions of No Wow: both the original and the 2022 mix. If the daily grind and regular doom feed of 2022 have made you lose your faith in rock ’n’ roll, No Wow 2022 should help you believe again.