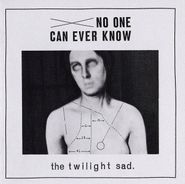 This is the third album from this Scottish band. This album marks a new direction for these guys. Their first two albums were more on the emo side of things. They were sort of a Scottish mix of Idlewild and At The Drive-In. But this new album is more darker than anything they have done before. It also uses a lot of keyboards. That is really all that I need to like an album! This album is still very much an album from Scotland. I can't really understand anything coming out of this man's mouth. But it does not matter. This album got down deep inside of me after the first time I heard it. I keep coming back to it over and over this year. A fantastic dark album. I feel like they finally lived up to their name.