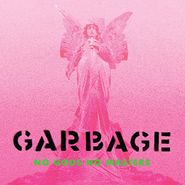 Garbage continues to evolve their sound while staying true to their take-no-prisoners attitude on their seventh studio album, No Gods No Masters. In the words of singer Shirley Manson, the album takes on "the rise of capitalist short-sightedness, racism, sexism and misogyny across the world.” And they do it with aplomb. Expect in-your-face lyrics, heavy alternative riffs, and a nice dash of synth-pop darkness thrown into the mix. Brilliant, provocative, and very enjoyable. This deluxe edition features a second disc of previously released rarities, like their 2013 cover of the Bruce Springsteen-penned Patti Smith hit, “Because the Night,” and their 2018 stand-alone single, “Destroying Angels,” with X’s John Doe and Exene Cervenka.