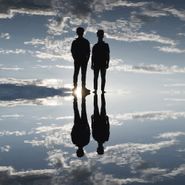 El Ten Eleven’s New Year's Eve is a disco-driven, synth-heavy post-rock album that’ll take you on a sonic journey inspired by the ultra-loaded holiday from which it takes its name. The tracks here feel like a party, with nod-along grooves and toe-tappin’ beats…but then, at times, the party gets a little woozy, a little dark and uncertain. Much like NYE itself. There’s glitter, copious amounts of champagne, all the best expectations in the world—but at the end of the night, did the party really live up to the hype? For El Ten Eleven, it seems the answer is a gentle “no”—but that’s ok. There’s a beauty to that optimism and a realness to that disappointment, which the band captures over the course of these six instrumental numbers. For fans of the band, this New Year’s Eve will be the emotionally fulfilling experience we all crave.