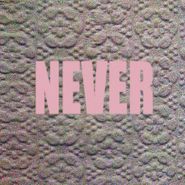 The second album from Micachu & the Shapes is even more chaotic and messy than 2009’s Jewellry — and that’s a good thing. Whereas that album still concerned itself with being presentable once in a while, Never is truly unhinged. Even at their catchiest, on a trio of songs at the album’s core, “OK,” “Low Dogg” and “Holiday,” Micachu and her cohorts couch the hooks with electronic squelches, strange time signatures and breaks, bits of found sound and other madness. Still, “Holiday” will have you tapping to its weirdo beat.