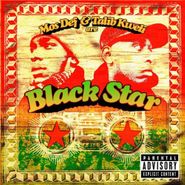 Sixteen years after the original release of Talib Kweli and Mos Def’s album as Black Star and its status and quality hasn’t diminished one bit. The emcees trade psychedelic but socially charged rhymes on “Astronomy (8th Light),” spit verse in sync on the propulsive “Definition” and turn G-funk on its head on “Re:Definition.” By 1998 both Tupac and The Notorious B.I.G. were shot dead, and tracks like “Re:Definition” still feel like acute catharsis (“I said one, two, three/It’s kinda dangerous to be an emcee/They shot Tupac and Biggie/Too much violence in hip-hop, Y-O”). Tracks like the old school vibing, fastidiously produced “B Boys Will B Boys” were a huge breath of fresh air at the time and still sound terrific out of that context, while “Respiration’s” eruption of intellectual rhymes and mind-bending production still leave you reeling. That Mos Def and Talib Kweli would each individually go on to inspire a generation of rappers only adds to the mystique of …Are Black Star, which saw two socially conscious hip-hop stars blooming and twisting their styles brilliantly to create an underground hip-hop classic.