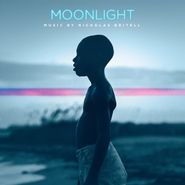 Nicholas Britell’s score for the lovely Moonlight is every bit as gorgeous and affecting as the film. Plaintive, aching strings anchor many of Brittel’s sensitive, intelligent compositions including “Little’s Theme” and “Chiron’s Theme.” There’s even a chopped and screwed version of the latter track — the reworking gives the song an interesting depth, but you won’t initially think “chopped and screwed” when you hear it. Tracks by Goodie Mob, Boris Gardiner, and Barbara Lewis are welcome contributions, bringing added texture and life to the mix. The soundtrack conjures memories and emotions familiar to viewers of the film, but even those who haven’t seen the picture will enjoy Britell’s incredible orchestral works.