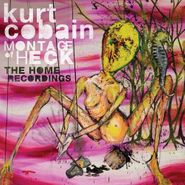 Montage of Heck the film gave Nirvana fans unprecedented access to home movies taken of Kurt Cobain, a man so mythologized that it served to humanize him once again. The soundtrack to the film, consisting of home demos recorded by Cobain, does the same for Cobain as a songwriter. While Nirvana’s catalog was all too brief, it was also nearly perfect. The soundtrack for Montage of Heck gives us a glimpse into Cobain’s process and how these songs formed. A distortion-free version of “Sappy” features slightly different lyrics and benefits from its simplicity, slowed down as Cobain’s voice barely rising above a deep whisper. A cover of The Beatles’ “And I Love Her” is paralyzing, solidifying the line between The Beatles and Nirvana and highlighting how Cobain used the band’s template to write direct, immediately memorable songs. It’s a thrill for fans to hear a song like “Been a Son” at its genesis, just a few strums on an unplugged electric guitar, nonsense lyrics and the song’s indelible melody. Some of the more jagged experiments could’ve stayed stashed away, but as a whole, they paint a broader image of Cobain than what we’re used to—the Cobain who was funny, who loved indie rock before it was a cliché, who made artful collage mixtapes and who didn’t hit it out of the park every single time. Longtime Nirvana fans won’t want to miss this experience.