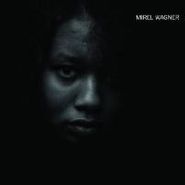 My 2012 sleeper hit. Originally released in Scandinavia last year, the quietly-strummed folk-noir and murder-balladry of Mirel Wagner's sef-titled debut landed stateside this year. Her voice is somber and child-like, the arrangements are minimal and stark but make no mistake, she is singing the blues.