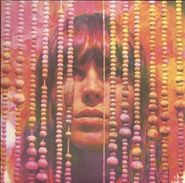 My favorite new band out right now is Melody’s Echo Chamber, whose enchanting self-titled debut is a study in ebullient dream-pop perfection. The story goes that Melody Prochet hooked up with Aussie psych-rock greats Tame Impala, calling on the band’s Kevin Parer to beef up her beauteous, French-pop-inspired arrangements with the kind of soaring sonics employed by that band. What comes out is indeed a perfect marriage. It’s one of those records where the cover perfectly captures the mood: mysterious, colorful and ethereal, you get lost in the folds of this record and don’t want to come out. Fans of Broadcast and Blonde Redhead, take note. The only downside is that aside from a few strong standouts, like the garage rocky opener “I Follow You” and lush (and Lush-esque) “Endless Shore,” the record blurs together. No matter -- for fans of this kind of thing, you won’t know where the time has gone. As with like-minded peers A Sunny Day in Glasgow, the emphasis is more on album as experience, following dissociative dream logic in which melodies and arrangements are allowed to meander and linger and flow into one another in a singular happening. In a word, divine.