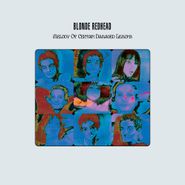 Blonde Redhead’s classic album, Melody of Certain Damaged Lemons, is reborn for its 20th anniversary as a deluxe limited edition magenta LP packaged in a full-color gatefold jacket with revised cover art and never-before-seen photos from the original recording sessions. Originally released on June 6, 2000, the album draws you in from the first notes of the first song, "Equally Damaged." A simple, twisted melody is augmented incrementally with rhythms and distinctive vocals into something completely other, and the album takes off from there. Each song creates intricately layered, provocative, and emotional songs that stick with you.