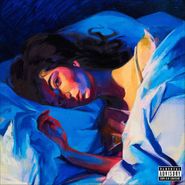 All the way back in 2013, teenage pop phenom Lorde took the charts hostage with Pure Heroine, her debut album which featured the ubiquitous, inescapable hit single, “Royals.” A full four years later we arrive at the highly anticipated follow-up, Melodrama. What is an artist to do in the face of such inflated expectations? Clearly, whatever the hell she wants. With her sophomore release, Lorde proves that she is in a league of her own when it comes to songcraft, further defining her unique yet ultimately catchy sound. While certain songs recall the youthful, astonished optimism on Pure Heroine, such as album closer “Perfect Places,” whose sparse production mimics that of her previous record, others hit a maximalism previously unexplored, including lead single “Green Light.” Undoubtedly one of the album’s highlights, “Green Light” starts as a melancholy piano ballad before hitting a surprising key change and pushing its way onto the dance floor, with a chorus that escalates into a state of catharsis and euphoria. It’s this singular sound that led top-40 svengali Max Martin to describe it as “incorrect songwriting,” and it’s true, this is the perfect antithesis to the formulaic, interchangeable hits that are rotated ad infinitum on mainstream radio. As a microcosm for Melodrama as a whole, it strikes the perfect balance between the conventional and the unusual, featuring an artist bending pop music to her will, and not the other way around.