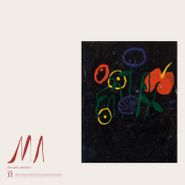 “Freak Folk” artist Devendra Banhart turns his artistry toward the political situation in his homeland of Venezuela for new album Ma, largely refraining from the wackier songs for which he's known. With lyrics that directly address helplessness and fear for humanity, these songs are often heavier than their arrangements suggest. “Memorial,” for example, is a sparse but whimsical waltz that is actually about death, and the breezy, tropical “Abre las Manos” addresses his sorrow for Venezuela. Other themes are motherhood and all its interpretations, as well as his travel experiences, such as on the Lou Reed-sounding “Kantori Ongaku.”