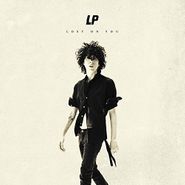 When Laura Pergolizzi, who goes by the stage name LP, released the title track off her new record last year, it became an unexpected mega-hit in Europe. It also seemed to have laid the groundwork for the sound of the rest of the album. Starting with a sparsely built groove made of a catchy bass line and a relaxed acoustic guitar, the song builds with uncomplicated layers that work together to create a lush orchestration of texture and sound. Among these sounds are '60s exotica-esque bird calls, which give the track a subtle funkiness. "Other People" features a whistling melody that could have come straight from an Ennio Morricone soundtrack from the '70s, and "Tightrope" is a sort of equivalent to when bands like The Ronettes could successfully fuse rock 'n' roll, R&B and pop, only with indie-rock guitars and modern R&B sensibilities.